Showing posts from November, 2010
Show all

So my friend Rose Cooper blogged about revisions today. You should definately visit her blog.

But anyway, she got me thinking about revisions and brainstorming and how important it is to have a crit group.

Recently I've been working on a revision which included the addition of a secondary plot/ twist. I felt as though I had two options. If I only had myself to bounce these options off of, it would have sounded like this:

Me: So, I'm thinking. For this MS, the MC can have choice A or choice B. Choice A has this going for it, but it has these negatives. Choice B has just as many pluses and negatives. Which do you think I should go with?

Do you see why you can't ask yourself? First of all you'll either get confused or just agree with yourself. Second of all, I didn't ask if it sounded good. I needed a selection. But I didn't want to have to choose, so I just avoided it altogether. 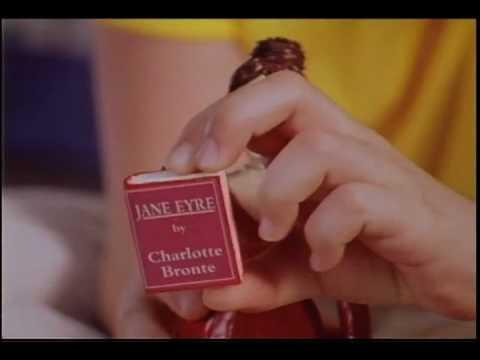 Have a HAPPY THANKSGIVING!

How To Torture a Main Character

For the best torture ever, simply administer one Lasix pill. 40 mg ought to do it. But you have to give your MC this pill before:

Then sit back and watch as your MC is glued to the toilet for the next 27 consecutive minutes and:

A) her legs fall asleep for sitting so long
B) other characters gather and laugh outside the bathroom door
C) these same characters pin signs to the bathroom door that read "OUT OF ORDER" or "Out of Commission for the next 24 hours. Hope you can hold it." These signs must also include illustrations of toilets overflowing.
D) these hilarious characters (who will soon be grounded) slip items under the bathroom door while laughing.
These items consisit of:
1. pen and paper (might as well work, right?)
2. magazines
3. diapers

Have the husband stand outside the door and make comments such as:
A) "Bet you feel ten pounds …
8 comments
Read more

Thankfully it's not dishes, or laundry or cleaning of any sort. Oh wait....I'm always digging myself out of those trenches. Never mind.

However, I do wish I were knee-deep in chocolate or brownies or ice cream. I'll deal with the weight gain and numb limbs later.

But I'm excited to be knee-deep in these revisions....even if it means my NaNo had to be put on hold. Because doing this revision means I'm one step closer....or so I hope.

OH! OH! OH!
Last week I had some really exciting news and I totally flaked on sharing it with you! I was contacted by Baltimore Family Navigator / Catholic Charities. They wanted permission to distribute my article Navigating The Storm: Advocating For Your Learning Disabled Child. That was so exciting! Not to mention validating. I'm thrilled that they believe in the article enough to share it with families in need. That rocks.

You'll Shoot Your Eye Out!

As you know, I've been participating in NaNo. I know we're only 8 days into it, but it only took me till day 3 to figure out that NaNo isn't for me.

I'm the kind of writer that hates editing. So instead of having a HUGE, overwhelming project full of WORD VOMIT at the end, I prefer to edit little by little as I go. Yes, of course, there will still be edits, but they won't be all-consuming. Usually it ends up being minor tweaks. But with NaNo, editing while you write is counter-productive to reacing that 50K word count at the end of 30 days. So I end up writing with wreckless abadonment and boy, is it a train wreck!

Here's a GEM I wrote the other day:
Not one part of her would cooperate with her thoughts. It was like something else was commanding her body to do something else.

Uh - I think he means a CLOCK!

As you know, I made a 3 tiered cake for my daughter's birthday party. Although each layer was beautiful, once assembled it leaned. I learned that there were two reasons for this: too much filling and skipping the vital step of the support rods.

The best part about cake decorating and writing (and just about everything in life) is that we learn from our experiences. And, if we're smart, we apply what we've learned to future projects.

Lucky for me - and a whole crowd of people at an awesome party - I applied that knowledge and guess what? My cake didn't lean! And, might I add, the design was pretty sa-weet!

So check it out!

What do you think?

Hope you are having a great week!

It's NaNoWriMo!! For those of you that live in a cave and don't know what that is - it's National Novel Writing Month. The goal is to write a novel (50,000 words) in 30 days. To be honest, I wasn't going to do this at all. Then it was, "well, I'll do it, just unofficially." Then, thanks to my writing buddies, I got roped into registering. I don't know if I should love them or hate them for it. :)

So what am I writing?

I have no frickin idea.

Anyway, I put a widget on my side bar so you can see my progress. And if you're participating in NaNo you can friend me there. I'm registered as Amie Borst.

I wish you all the best this month with your novels!

Oh yes, and my apologies for missing Friday's post. It was kind of crazy here trying to finish the cake (which came out kick a$$, btw - pictures to follow soon).

Ok, I'm off to be chained to my keyboard for the next 8 hours, I mean write! See you when I come up for air…
8 comments
Read more
More posts