Showing posts from December, 2009
Show all

- December 01, 2009
Being the new kid in school sucks, but when you're the new kid and a vampire, it really bites!      Scarlet Small would settle for a normal kid's life, but staying twelve years old for an entire century is a real pain in the neck. Making friends isn't exactly easy when you have an appetite for blood. To keep their vampire secret, her parents, Mort and Drac, decide to move for the hundredth time.      Life at her new school only gets harder when Scarlet learns she has a strange skeleton girl and a smelly werewolf as classmates. When she meets Granny--who fills her with cookies, goodies, and treats--things start to finally look up. But with a rogue bat, a cherry pie massacre, and a werewolf bent on revealing her secret, Scarlet's o-positive she'll never live to see another undead day.
Read more

- December 01, 2009
Human by day and skeleton by night, Cindy is definitely cursed. Cindy is just a normal eleven-and-three-quarter-year-old. At least until she wakes up one night and finds out she’s dead. Well, she isn't technically dead—she just doesn't have any hair . . . or a nose . . . or skin. Yep—all bones, no body.   Human by day and skeleton by night, Cindy is definitely cursed. And because her mother recently died, Cindy has no one to turn to except a father who is now scared of her and an evil stepmother who makes her do the housecleaning with a toothbrush. To make matters worse, the Spring Fling dance is approaching, and Ethan, the cutest boy in sixth grade, doesn’t seem to know Cindy exists. Of course, Cindy doesn’t think letting Ethan find out she’s part skeleton is the best way to introduce herself. While facing such perils as pickled pig’s feet, a wacky fortune teller, and a few quick trips to the Underworld, Cindy’s determined to break the curse—even for a single nig
Read more 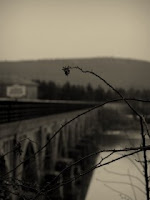 Status: in progress. Word count roughly 20,000. Goal 65,000. My latest work is a post-apocalyptic young adult novel set in a world where the Others are unaware, the Trackers are killers and the Hunted are the prey. 18 year old Zachary, the only survivor in his family after an Immunity strikes, has been warned not to go out after dark. When three months of loneliness compells him to go out into the world in search of food, he finds that his brother is very much alive. But troubled Jeremy brings baggage of his own, as well as a Tracker who has been hunting him down since he ran off three months ago. Set in a dark world where no one is to be trusted, The Hunted will take you on an unexpected journey. Bring your flashlight. Mwahahaha.
Read more

A retelling of Snow White and Rose Red. This book exists of a single cell. It may actually be written in this lifetime. Or not. Status: a thought in my brain Goal: to not go insane
1 comment
Read more

Sarah White is gorgeous even if she is a little bit rotten.  A mirror arrives on her twelfth birthday and she thinks it’s the perfect gift. But when an innocent game of laser tag gets out of hand, the mirror swallows her whole! Sarah finds herself dead center of the Underworld. As if repeated run-ins with Mr. Death weren’t bad enough, Sarah now has to deal with her decaying flesh and sudden craving for brains. Not to mention she keeps having brain freezes, all due to the seven worms living in her head. Of corpse, by the time Sarah escapes the Underworld, she finds her new zombie life less than appetizing. Even worse, she needs to return to the Underworld to save her friends, Cindy and Scarlet.  With a poisoned apple, a crow named Raven, and a glowing necklace, Sarah’s pretty sure that if she doesn’t rescue her friends, she’ll be a brain craving zombie forever. And that’s more dead-ication than she’s willing to accept.
Read more