Showing posts from December, 2012
Show all

I would start this post with "It's hard to believe another year has come and gone..." but that would be cliche. So instead I'm going to review the highlights of my year and what I've learned. * My husband finished his PhD and is now a Dr. of Engineering.    I do consider this a personal highlight because it was a sacrifice for the entire family to support him while he went to school for the last 6 years (3 for his Masters and another 3 for his PhD - 18 months of schooling and 18 months for the dissertation). And I'd make that sacrifice all over again. I'm so proud of him!  What I've learned is: - PUT OTHERS BEFORE SELF . He went to school on a full scholarship and in order to maintain that he needed to pull off straight A's (with an occasional B). It meant I had to put his needs before my own so he could study, stay late at school or work, or lock himself in the home office for hours on end so he could write. * I signed my very first bo
5 comments
Read more 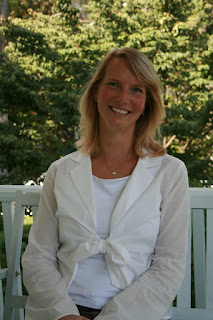 I'm at the Mixed-Up Files today interviewing author Kristin Tubb  ( www.kristintubb.com ) , author of the upcoming middle-grade book The 13th Sign! There's a pretty sweet giveaway that you won't want to miss. Plus for every book ordered during the promotion period, Kristin is donating $1.00 to RIF. What a generous lady! Come see what it's all about! www.fromthemixedupfiles.com
Post a Comment
Read more

I'm Published in the Checkin It Twice Anthology! 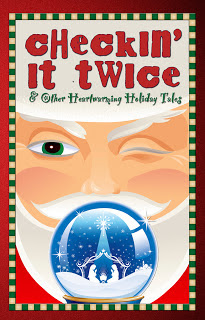 The short version: In case you didn't hear, I wrote a short story. I entered it in a contest. Anonymously. It won reader's choice!  Now it's published. WOOT! Go me! The long version: In 2010 I wrote a short story about something that was close to my heart: the men and women who serve our country.  My husband is prior Air Force and those days of military service are some of my fondest memories. Bravely, (not biting my nails or worried about putting my work out there for all to judge or anything like that) I entered it into a contest.  It was probably a good thing the story was posted as a number entry, with no author credit.  For one thing, I've never been one to win a popularity contest.  For another, if people hated it, I never had to lay claim to the piece of junk I called artistic creativity.  So, I suppose it was a win-win. Then, I watched and waited as the story received votes.  People liked it!  Then more votes.  And more and more.  People conne
2 comments
Read more
More posts