Showing posts from October, 2017
Show all

Cover Reveal for the All-New CINDERSKELLA!! 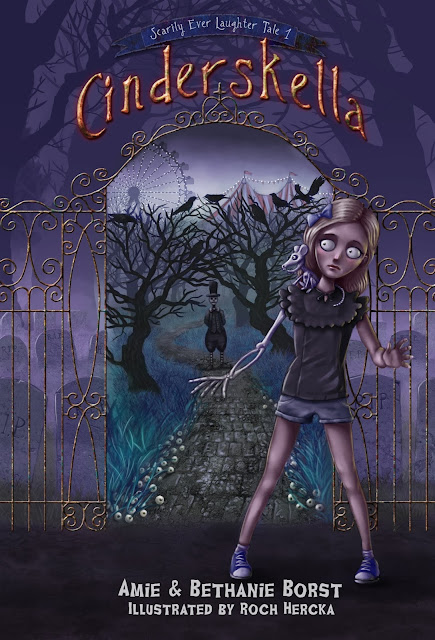 It has been a super long journey breathing new life into the cover, illustrations and story of Cinderskella. I'm super stoked to finally announce that the cover is now finished and guys - GUYS! It's aaaaahhhh-mazing!!! Wait until you see it! *FAINTS!* I cannot even express what a talented artist Roch Hercka is. His work is above and beyond my wildest imagination. He truly makes my vision come to life and I cannot thank him enough for his hard work. But what am I rambling about? Why don't you just see for yourself! * * * * * * Yes, I'm teasing you... * * * * * * Keep scrolling... * * * * * * Ta-da!! Isn't it phenomenal?! The details are so incredible. I feel like Cindy is a real-live person! And I'm immediately drawn into this strange and wonderful world. Is the world within the cemetery? Is the gate a portal? Who's that man in the background? And why is there a carnival in a cemetery? And are those eyeballs on the path? So
1 comment
Read more 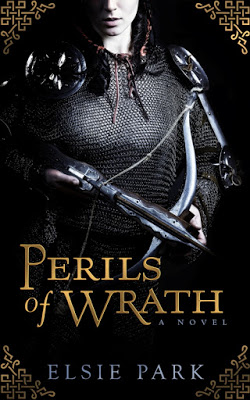 As many of you may already know, Elsie Park was my publishing sister at Jolly Fish Press prior to their closing. She has since signed with Amberjack publishing for her book series! Her latest work, Peril's of Wrath is due to release in the spring of 2018. I'm super honored to help with the cover reveal! But first, a little bit about the book: Perils of Wrath, a proper medieval action-romance and sequel to Shadows of Valor, follows the story of the orphan boy, Roland, who is now a gallant knight and pursuing his own quest. “Nothing frustrates a knight more than being shackled to an unruly female squire with guarded secrets and a persistent sweet tooth.” Sir Roland's inquiries into a pair of suspicious deaths leads him to Guildon Castle, a foreboding structure near the war-torn Scottish border. His attempt to lie low is waylaid by an assignment from the tyrannical Lord Craven to tame his disobedient stepdaughter, Audrina—by making her Roland's squire! A female ap
Post a Comment
Read more
More posts