Showing posts from November, 2011
Show all

I'll be off this holiday...for you know....the holiday. And my youngest daughter's baptism. A very exciting time with so much to be thankful for. I'm counting my blessings, every single one of them. I hope you all enjoy your day and find many ways to be grateful!
2 comments
Read more 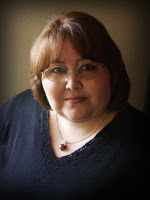 Many of you probably know of the awesomeness that was the Dark C.A.R.M.A. tour and release this past Friday. Three fabulous YA indie authors joined together to celebrate and promote the release of their first books! Today I have the priviledge of interviewing Christine (CK Bryant) and sharing that with all of you. Christine is way kewl so you're in for a real treat! Welcome Christine! * waves * So glad you could join us! Whaddya say we get straight to business? K? k! Me : So, what's your MC's quirk? (C'mon, I know she's got one! Even if it's just a love for stinky cheese.) Christine : Hmmm, good question. She likes cats, does that count? Her mom would never let her have one, but she's got kitten posters in her bedroom and she certainly has a way with Toran. And we can't forget how she falls for the biggest cat of all, Octavion. Maybe it's all the purring and cuddling. Me : And what about yours? (It's okay, we're all friends here!
6 comments
Read more

As luck would have it (not) I got sick. The day after Halloween. The same day I was supposed to start NaNo. With a fever, aches and a mucus factory for sinuses, I was pretty much confined to the couch. And even though I have a laptop, I was just too sick to write. Though, I did try. I managed to squeek out about a thousand words. But now, I'm about 9,000 words behind schedule. YIKES! Okay, so I admit, I went into this knowing that I was going to be a NaNo weakling. I just wanted to get a "good start" on a book. I figured if I made it to 25,000 or 30,000 words I'd be happy. But how on earth am I supposed to even come close to that now? So my NaNo advice: Don't get sick! Yup. It's a big NaNo NoNo. Although, I'll admit, that's pretty difficult with cold and flu season upon us. There's got to be a better way to combat NaNo sickness. If you're like me, writing while you're sick just doesn't work (especially when the fev
8 comments
Read more
More posts