Showing posts from September, 2014
Show all

I'm so excited to be hosting the fabulous Kristen Lippert-Martin on my blog today. Her book, Tabula Rasa, debuts on September 23rd! ﻿ The Bourne Identity  meets  Divergent  in this action-packed debut thriller with a Katniss-esque heroine fighting to regain her memories and stay alive, set against a dystopian hospital background. Sarah starts a crazy battle for her life within the walls of her hospital-turned-prison when a procedure to eliminate her memory goes awry and she starts to remember snatches of her past. Was she an urban terrorist or vigilante? Has the procedure been her salvation or her destruction? The answers lie trapped within her mind. To access them, she'll need the help of the teen computer hacker who's trying to bring the hospital down for his own reasons, and a pill that's blocked by an army of mercenary soldiers poised to eliminate her for good. If only she knew why . . . Amie: Welcome Kristen! As many of my readers know, I'm an
Post a Comment
Read more

Mojave Green by The Brothers Washburn 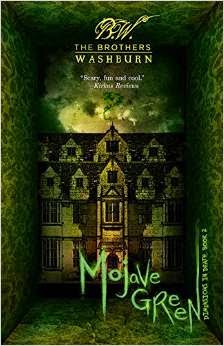 An epic story for all ages, Mojave Green is a haunting, true-to-life  mystery that will have readers everywhere squirming in their seats.  With the classic feel of the Hardy Boys and creep-factor of Ransom  Rigg’s Hollow City series, The Brothers Washburn have returned to  the YA scene with another page-turning thriller.  In Trona, California, an isolated mining town deep in the Mojave Desert,  an unearthly creature preyed upon the town’s folk for decades. Armed  with secrets from a peculiar puzzle box, only Camm and Cal stood  against the creature. Finally safe and far from the horror, the teenagers  believe they have destroyed the monster—until they hear news that  Trona’s children are still disappearing.  Caught in the nightmare since her childhood, Camm feels personally  responsible for the town’s children. As her life-long best friend, Cal feels  responsible for Camm. With unsuspecting friends in tow, they return to  warn the innocent people of
Post a Comment
Read more

Somebody on this Bus is Going to be Famous! 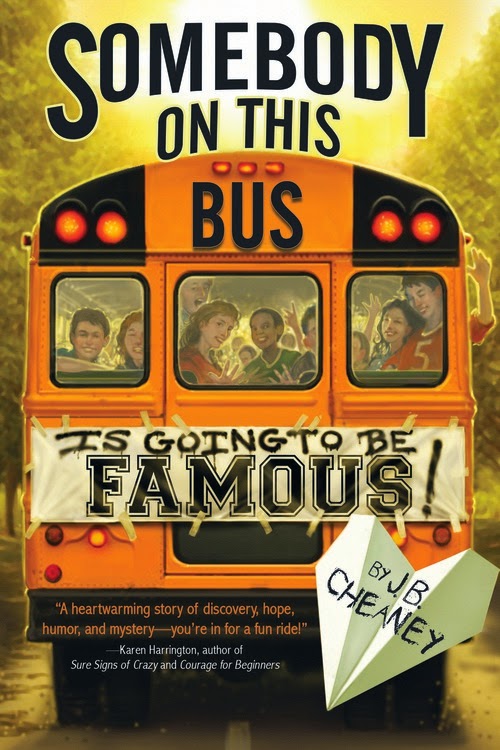 I'm at my group blog today . I've interviewed J.B. Cheaney and learned about her inspiration for her new book, Somebody on this Bus is Going to be Famous! Head on over to the files and find out why BRAD PITT is there, too!  While you're there, enter to win a copy of J.B.'s book!
Post a Comment
Read more

F is for Finish - Tips for Teens!

F is for F inish ! There are two things I'd like to discuss on this topic. The first is receiving feedback before the manuscript is complete. I realize everyone is different, but one of the largest barriers to my success is receiving feedback on a manuscript before I've even finished writing it. While some people find early feedback helpful -- it helps guide them in the right direction, lets them know if the story is worth writing, and basically provides them a readers perspective--it tends to be more a harbinger of a doomed manuscript than anything else for me. Maybe because too much feedback is overwhelming, bordering on discouraging, or simply because all of the opinions and ideas tend to confuse me, but in either case, feedback before I've finished is simply inviting trouble. There's a difference though in asking for help when you're working on an idea, then when you've written a portion of the story and ask for a critique on it. Brainstorming in t
Post a Comment
Read more

The Test of Time by Nicole Zoltack - Cover Reveal! 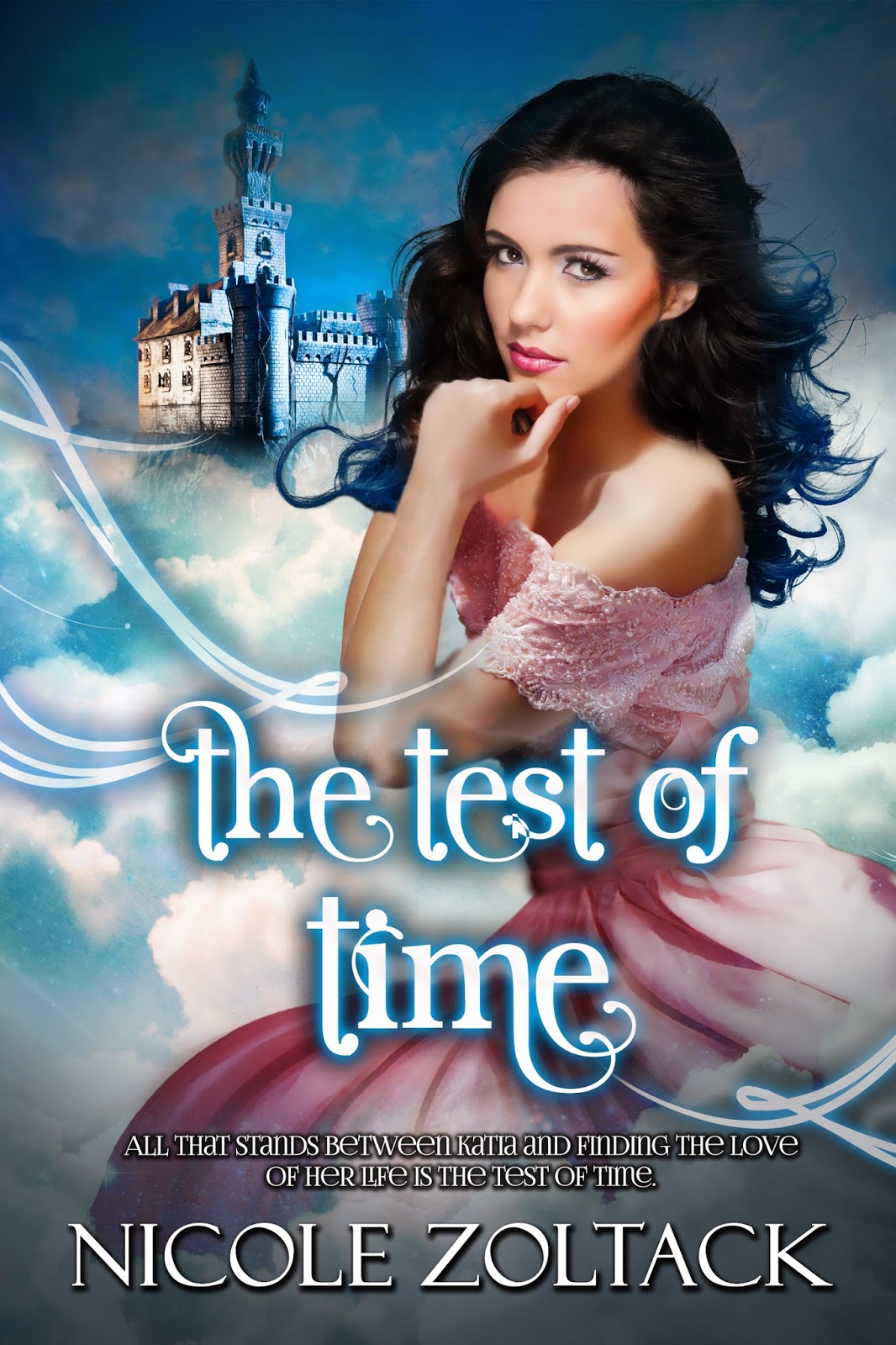 Hi, everyone! This is Nicole Zoltack. I've written a bunch of romances, a lot in the speculative realm, and finally wrote a time travel romance: THE TEST OF TIME. And I adore the cover. It's beautiful. Wanna see it? Sure you do! I could not be happier with it. What do you think of it? BLURB: Katia jumps at the chance to go to England with her best friend after Rose ditches her deadbeat boyfriend. While walking through the market, she spies a large mansion and recognizes the guy out front as her high school friend Tony. Just as they start to reconnect, Katia passes through times and lands in the arms of Lord Landon, who looks like Tony but certainly doesn’t act like him. Soon, Katia learns that this 1815 is different from the one in history books. Trapped in a parallel world, Katia struggles to not fall for Landon but his charm proves too much for her. Just when she is about to confess her love for him, Katia travels through time yet again. The course of love ne
1 comment
Read more

The Watchers Book 1: Knight of Light In England, 1270 A.D., Auriella (pronounced yurr-ee-ella) flees her village after being accused of witchcraft. Pursued by nightmarish creatures, she struggles to accept the truth about her humanity. Filled with fairies, dwarves, pixies, dragons, and monsters,  Knight of Light  is an enthralling tale that will capture the imaginations of readers young and old. The Watchers Series has been described as Braveheart meets Supernatural . The mythology for the series is based on many theological texts from dozens of sects with correlating themes. Ancient writings include The Dead Sea Scrolls , The Traditional Apocrypha , The Pearl of Great Price , and The Kabbalah . “The Watchers” are supernatural beings in human form whose duty it is to protect and guard mankind from the armies of darkness. Unfortunately, as the Book of Enoch mentions, some of these Watchers go bad. Although the mythology is based on these texts, Deirdra Eden’s The Watchers
Post a Comment
Read more

My Year of Epic Rock by Andrea Pyros 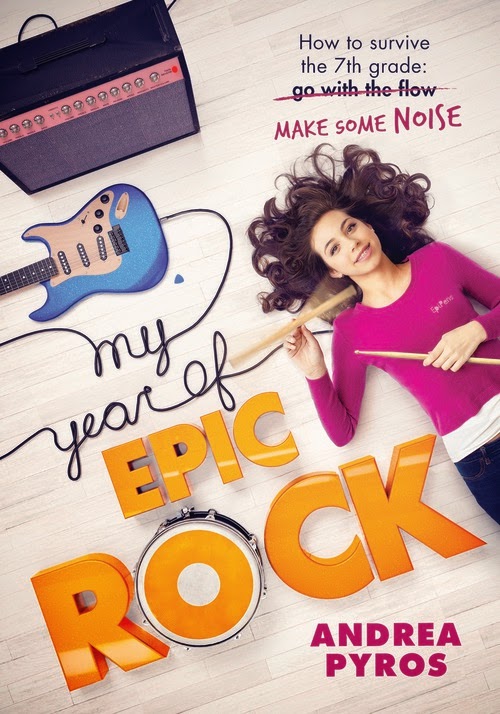 Hellllooooo awesome peeps! Today I'm over at my group blog, From the Mixed-Up Files of Middle-Grade Authors, with an interview and giveaway. Andrea Pyros has just kicked off the blog tour for her new book, My Year of Epic Rock, and I'm thrilled to have been a part of it! If you have a middle-grade reader with food allergies, or know someone that does, then you'll definitely want a copy of her book!! What are you waiting for? Hope on over to MUF now and enter that contest! If Life Was Like a Song    Nina Simmons’ song would be “You Can’t Always Eat What You Want.” (Peanut allergies, ugh). But that’s okay, because as her best friend Brianna always said, “We’re All in This Together.”    Until the first day of the seventh grade, when Brianna dumps her to be BFFs with the popular new girl. Left all alone, Nina is forced to socialize with “her own kind”–banished to the peanut-free table with the other allergy outcasts. As a joke, she tells her new pals they sho
Post a Comment
Read more
More posts